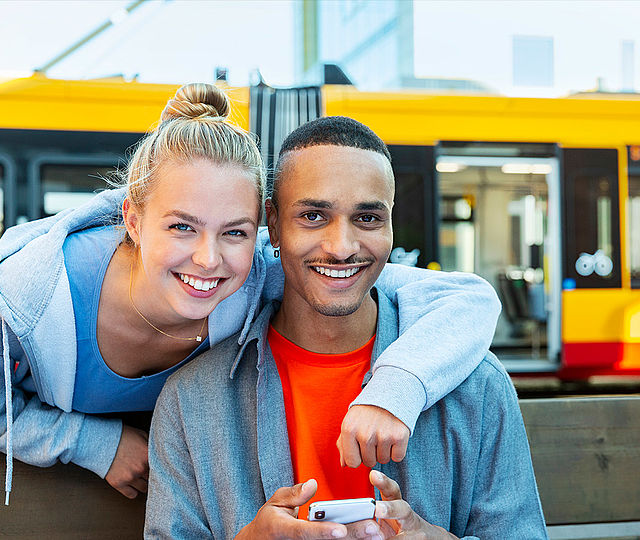 Ready for your journey.

Welcome to the Karlsruhe Transport Authority

The Karlsruhe Transport Authority has made a name for itself world wide with the Karlsruhe model. Passengers of the Local Public Transport Services (ÖPNV) travel from all over the region directly into the city in modern light rail vehicles without having to change trains – and of course passengers coming out of the city can reach worthwhile destinations in the region easily and comfortably. The city train runs in the region as a fast train and flexibly as a tram in the city.

An optimal coverage through a dense network of stops is as much a part of the Karlsruhe model as a high train frequency with operating times of between 5am and 12am, a modern fleet of trains and tariffs which allow passengers to change from cars to public passenger transport more easily.

Rail transport is the backbone of the ÖPNV: As a result, the bus services are geared towards the rail connections and thus provide optimal connections. In addition, the rail stops are developed into attractive interchange stations and include park-and-ride car parks.